Bududa District is a district in Eastern Uganda. Like most other Ugandan districts, it is named after its ‘chief town’, Bududa.

Bududa District is bordered by Sironko District to the north, the Republic of Kenya to the east,Manafwa District to the south and Mbale District to the west. The district headquarters at Bududaare located approximately 23 kilometres (14 mi), by road, southeast of Mbale, the largest city in the sub-region.

Bududa District is a relatively new district that was created in 2006, by Act of Parliament. It was originally part of the greater Mbale District and then Manafwa District. The district consists of one county, seven (16) sub-counties and one town council. It is largely a rural district with eight urban growth centers that are in the process of turning into town councils. The eight urban centers in Bududa District are:

The district lies at an average altitude of 1,800 metres (5,900 ft) above sea level. It has unique relief consisting of ridges, cliffs, and bamboo forests. It has a bimodal rainfall pattern with no dry season.Mount Elgon National Park covers approximately 40% of the district.

In July 2019, KAWA extended its support to Bududa District. There was the training of Headteachers of Primary and Secondary Schools in ICT. ICT teachers were trained in Lab Care and maintenance as well as the implementation of the Advanced Level Sub ICT Curriculum.

With the support of UCC – RCDF, KAWA launched a model ICT club at Bududa Secondary School with Samsung Tablets and branded Tshirts to the Students as club members. 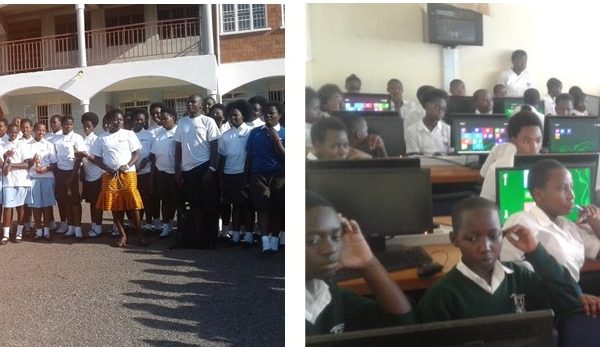 Schools and Institutions in Bugweri District