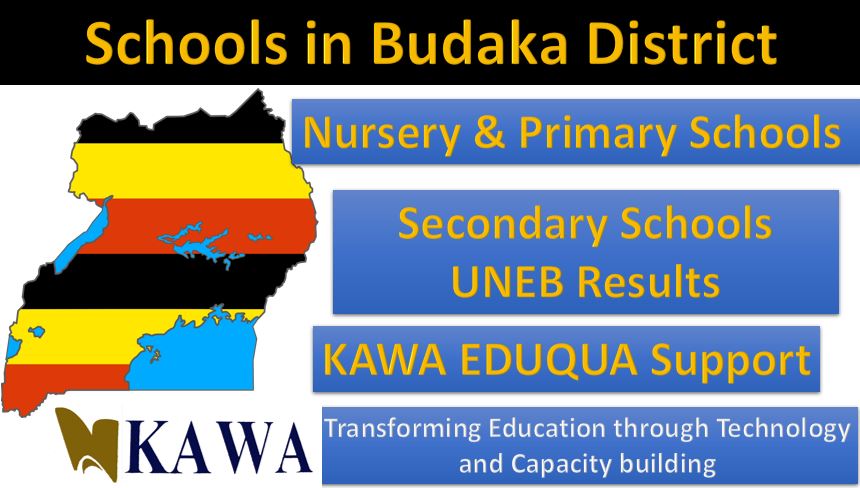 It has one town council, Budaka. The district covers a total area of 384 square kilometres (148 sq mi). It lies at an altitude between 910 metres (2,990 ft) and 1,220 metres (4,000 ft) above sea level. Budaka attained District Status in 2005, having been part of Pallisa District before that. The district is densely populated and as of 2002, has an average population density of over 372 persons per km2. As of 2010 it was estimated that the population density in the district had increased to over 764 persons per square kilometer.

The following schools also made it among the top schools in Budaka district.